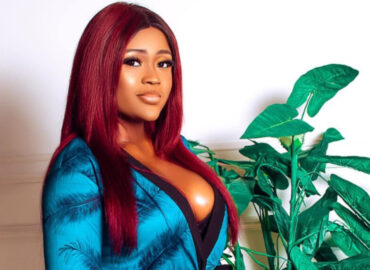 Popular Nollywood actress, Iheme Nancy, has reacted after being hinted by a fan who claimed to know about a ‘dangerous video of hers’ that is about to be leaked. In an exchange on Instagram, a 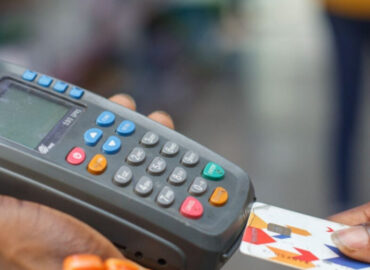 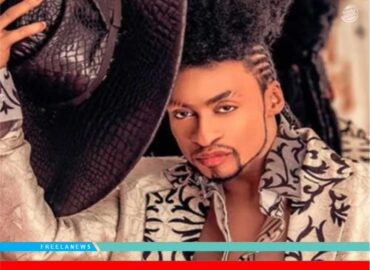 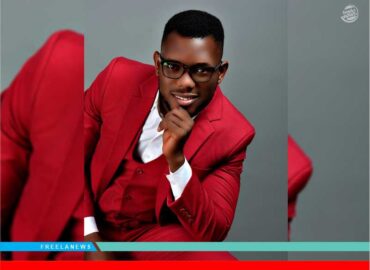 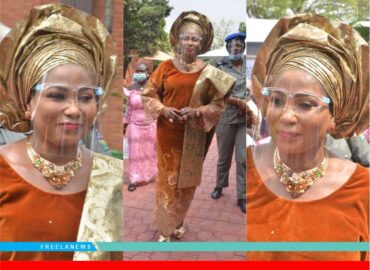 They say beside every successful man, there is a good woman. This is especially true in the case of the enigmatic former governor of Ogun State, Otunba Gbenga Daniel. But this piece is not about 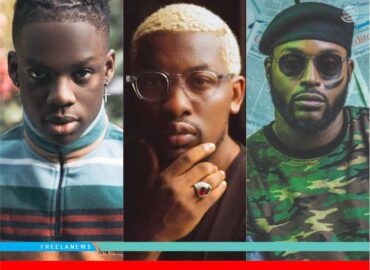 ‘OG, I was not paid’ Rema replies Do2dtun over comments on DJ Neptune

Kpagban Alderd Efeoheme with a stage name Gravie is set to release his first project titled “Lust in Love.” The album which was produced by Priceless Ambition Media promises to shake the music industry with

The Black Friday culture which is now associated with online marketplaces has become quintessential for e-commerce in Nigeria and internationally. Originating from the United States and used as a term to define the Friday after 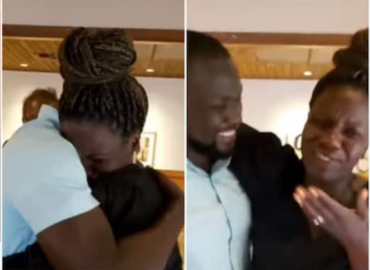 A woman’s joy knew no bound as she finally reunited with the love of her life after years of being apart. This is as the woman’s husband identified as Isaac had his US visa application 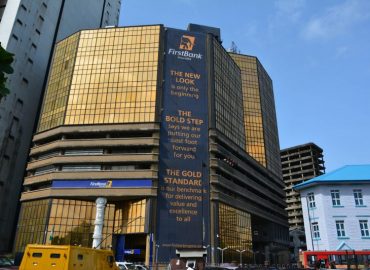 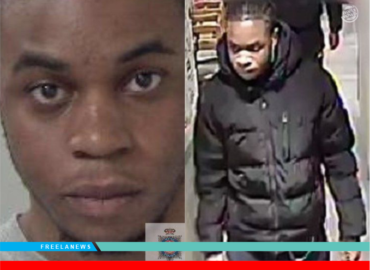 A teenager has been jailed for life after murdering a man in a row over fake banknotes being used in a drug deal. Osita Alagbaoso, 18, was found guilty in April of stabbing 19-year-old Jaydon 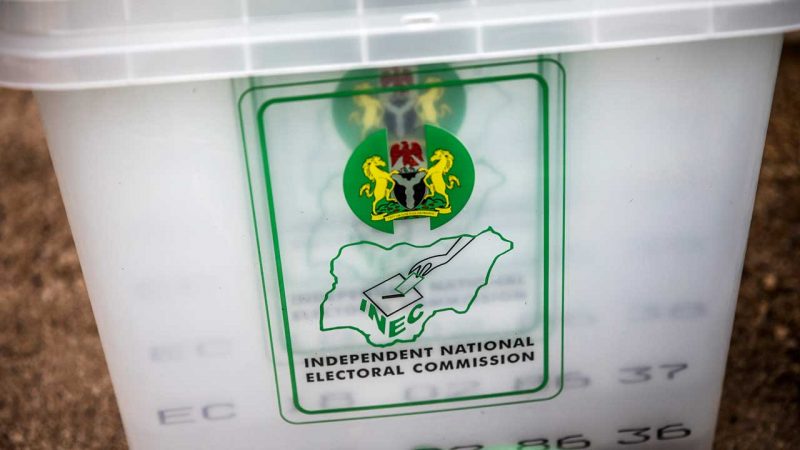 Electorate in Lagos and Ogun States are still not sure if they will have the opportunity to vote actual candidates of their choice at the local government elections holding on Saturday.

Voters in both states have expressed concern over the process that led to the nomination of candidates, saying, the situation is likely going to deprive them the opportunity to elect quality representatives to run the councils.

There is also fear that with the way things stand, only APC in both states is certain that its candidates could win the elections, like it has always been across country, where ruling parties skew the process to install their candidates at local councils. Investigations carried out across the two states in the last few weeks revealed that things are not likely to change.

In Lagos, the lackluster position of opposition parties has been a concern to voters, and where they present candidates; they are not known to the electorate because of their unattractive campaign strategy and their inability to reach out to voters. This is going to be minus for voters, who would have loved to have a number of candidates on the ballot paper on Saturday. They lamented that the essence of democracy is about choice.

SIGNS that the local government elections may not provide voters the opportunity for quality candidates started during the controversial primaries conducted by APC on May 29.

There were complaints of how party leaders deprived members of electing candidates of their choice in the direct primaries across the 57 local governments and the wards in Lagos State. Until last week, the party leadership was still busy reconciling aggrieved members and selling candidates to the members.

Governor Babajide Sanwo-Olu had to present the party’s flags to candidates amidst tight security, unlike in the past when such was done with fanfare. But the presentation was done under heavy security with armed policemen and armoured tanks placed in strategic positions to prevent unforeseen attacks from aggrieved members who claimed that the party leadership did not allow due process and the wish of people to stand.

The Guardian gathered heavy security at the presentation of flags to candidates was necessitated by scary security report available to the state government about clandestine arrangements by some aggrieved contestants to bombard the party secretariat at Acme Road, Ogba, where the event held.

In his address, the governor advised the candidates to go and work to ensure they deliver on Saturday.

He also admonished party members to come out in large numbers to vote for APC and its candidates.

The party chairman, Chief Tunde Balogun instructed the chairmanship candidates not to change lists of councillorship candidates given them for their various councils.

He said, “Please no candidate should tamper with councillorship lists given to you. They are going to form legislative arm of the councils and under no circumstances must you tamper with the list.”

Present at the event were the Deputy Governor, Dr Obafemi Hamzat, Speaker House of Assembly, Mudashiru Obasa and others.

Former spokesman of the Lagos State chapter of the African Development Party (ADP), Adelaja Adeoya said the coming council polls would not be different from previous ones, where APC ensured that only its candidates were declared winners and a situation where if another party manages to win, such candidate would be forced to defect to the ruling party almost immediately he or she is sworn into office.

Observers also said there is slim chance for a competitive election because of lack of funding for candidates of opposition parties.

Wrangling in PDP
ALTHOUGH, findings from Lagos State Independent Electoral Commission (LASIEC), indicated that the umpire is relating with the Ade Doherty-led executive of PDP, which claimed to have submitted names of candidates to participate in the polls on Saturday, but there is disquiet in the party concerning last minute court judgment received by Dr Dominic Adegbola who claimed to be authentic chairman of the party.

A source within PDP said none of their members is willing to waste money to campaign because they don’t trust the process and neither were they comfortable with the infighting.

Just as APC members are embittered over the primaries, some PDP members were also displeased with the way its primaries were polarised. Nothing is heard about the primaries of other 12 parties that have expressed interest to participate in the election.

Although, observers say APC is not to blame for absence of fair competition in Lagos council elections, they blame the perennial internal wrangling that has polarised PDP members. The power struggle between the chairman, Doherty and former Deputy National Chairman, Chief Olabode George on over who controls the party machinery has been identified as major albatross that has crippled the party for not only having impressive outings in previous elections, but playing effective role of opposition to put Lagos State Government on its toes.

Failure on the part of the party’s national headquarters to resolve the crisis till now will make the major opposition be the underdog at the elections on Saturday.

Information from LASIEC indicates that 14 political parties are to participate in the polls to struggle for 57 chairmanship positions and 335 councillors across the 20 local governments and 37 Local Council Development Areas (LCDA). The parties include the ruling APC, PDP, Social Democratic Party (SDP), All Progressives Grand Alliance (APGA), Accord Party (AP), Action Alliance (AA) and Action Democratic Alliance (ADP).

It was gathered that the People’s Redemption Party (PRP), collected nomination forms but did not return same to the electoral body.

National Chairman of ADC, Chief Ralphs Nwosu said any party participating in the election apart from PDP and APC is not just wasting its time but “such a party must have been sponsored by the ruling party to give a face to the farce.”

According to him, “We all know that APC will write the result so there is no need. Our governors and parties, especially APC and PDP have shown enough apathy to democratic governance at the local level. That is the reason when they talk of devolution of powers some of us are sceptical because the governors have abused the powers they currently have.”

Former Spokesman of Lagos ADP, Adelaja Adeoye said it was unfortunate the Lagos council polls are being organised and funded by the ruling party.

He said the election could not be won based on votes but those who have money, adding, “that is the reason APC primaries are always very controversial because in most cases it is the candidate of the party that wins the election.”

Opposition resigns to fate in Ogun

IN Ogun State, members of the opposition appear not too enthusiastic about the council polls. The PDP said it would do its best to sensitise the electorate, admitting that its chances of winning any of the council chairmanship or councillorship in any of the 236 wards looks difficult.

Executives of other fringe parties accused the ruling APC of collaborating with dissident members of their party, whom it encouraged to participate in the process to give the exercise credibility.

But from the record made available by Ogun State Independent Electoral Commission (OGISEC), 12 political parties will participate in the election.

The chairman of the State’s Independent Electoral Commission, Babatunde Osibodu, told The Guardian that all elected candidates from the various primaries in the parties have been approved and have been asked to come for their nomination forms.

But while there is apathy by opposition parties, a faction of the ruling APC, led by Senator Ibikunle Amosun also boycotted APC’s primaries, alleging that Governor Dapo Abiodun had manipulated the system to favour his preferred candidates.

Like the opposition, loyalists of Amosun, who is the current lawmaker representing Ogun Central, said it would amount to a waste of time and money to participate in the process when it is easy for anyone to predict the outcome.

They alleged that even within the ruling party, the government suppressed all internal opposition by creating an environment that has tailored its loyalists to win the primaries.

But a loyalist of the governor dismissed the allegation that primaries were manipulated. According to the source: “The primaries were peaceful. For the APC, only a few went through primaries, majority was elected by consensus.”

Unfortunately also, two political parties, Allied Peoples Movement (APM) and African Democratic Congress (ADC) are no longer relevant since their governorship candidates in the 2019 gubernatorial polls have fused into APC.

Abiodun Akinlade of APM and Prince Gboyega Nasir Isiaka of ADC defected along with their followers to APC.

The Guardian also gathered that Senator Solomon Olamilekan Adeola, who currently represents Lagos West is deeply involved in the upcoming council polls in Ogun State, apparently ahead of his 2023 senatorial ambition in Ogun West.

It was alleged that the Lagos lawmaker did everything to ensure that his loyalists and those of Governor Abiodun emerged as chairmanship and councillorships candidates ahead of the election.

In a telephone conversation, former PDP chairman in Ogun, Adebayo Dayo said it would amount to a waste of time for the opposition to spend money in this type of election.

According to him, “Council elections can only make sense INEC is made to conduct it, otherwise, the governors would continue to manipulate the process against the opposition.”

Dayo added that Governor Abiodun is not doing anything strange. “When our party was in power under Otunba Gbenga Daniel, we also dictated the tune and won all the chairmanship elections. It was not about the willingness of opposition to participate.”