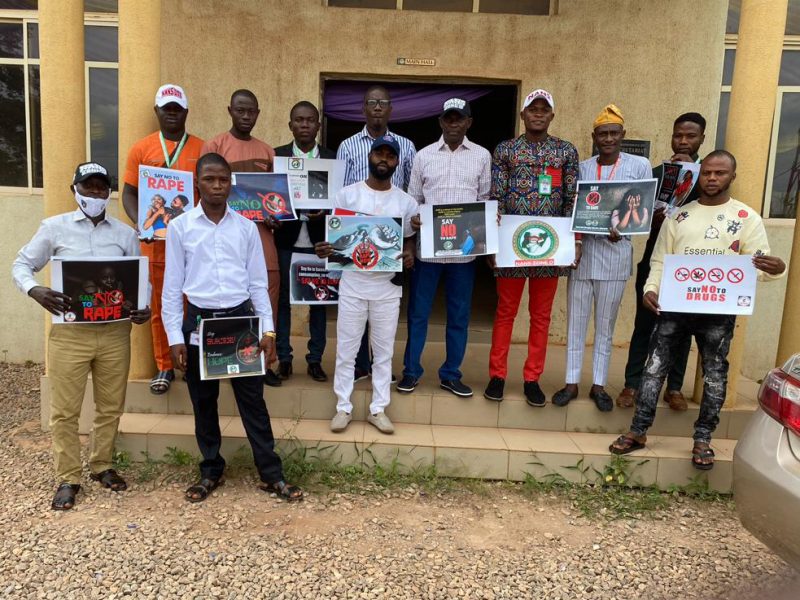 In what occurred as a familiarity meeting between the National Association of Nigerian Students Southwest Zone (NANS Zone D) and the leadership of National Association Of Proprietors of Private Schools (NAPPS) Ogun State Chapter at the NAPPS Secretariat, the two stakeholders rubbed minds together on issues affecting students’ welfare especially the basic and secondary students who are also members of NANS.

In the welcome address by NANS Zone D Deputy Coordinator, Comrade Oladimeji Uthman, he appreciated the opportunity given to them by the NAPPS leadership to have an interactive session with them on reopening of all schools across the state and Nigeria at large.

Comrade Oladimeji proceeded by charging the NAPPS leadership to put more efforts in making sure the life of the students are safe as resumption back to school is around the corner. The Zonal Deputy Coordinator also used the opportunity to plead to both Federal and State government to kindly look into the educational sector as it is one of the most important sector in Nigeria and not to only limit reopening of sectors to worship centres, markets, airports across the country but to also open all institutions in the country.

Comrade Oladimeji used the medium to plead to the NAPPS leadership to kindly look for a better way to curb bad acts which are being done to the students of which most rampant among all is Rape which is of course is prevalent among Nigerian female students.

The Director of Basic Education, NANS Zone D, Comrade Yusuf Wasiu in his speech charged the NAPPS leadership to make sure all the guidelines which are being given by PTF for reopening of schools and also to make sure that the health of both students and staffs (Teaching and Non-teaching) are their priorities. He admonished the leadership to set up a committee or task force to oversee the affairs and the compliance of schools to the COVID-19 guidelines after the reopening of schools.

The Ogun President of NAPPS who also doubles as the Proprietor, Paragon International Schools, Dr. Lawrence Holumidey expressed how glad he is for the visitation of the students leadership.

He charged the leadership to maintain a cordial relationship with his personality even after his tenure as the NAPPS President.

NAPPS President charged the students leaders to be sincere with all what they do, saying that they are the main point of target for developing a nation.

According to him, it is very important for you to work hard and be ready to serve diligently.

The Akeweje as he is fondly called also pledged his support to the students’ leadership and the body as a whole.

The NAPPS President in his concluding remarks charged the visiting Students leaders to put more efforts in their mission so as to be seen as an epitome of a good leadership for the upcoming ones.

The NANS Deputy Coordinator therefore pleaded with the Ogun State Leadership of NAPPS to unanimously support the campaign against Rape which is championed by the students’ body.