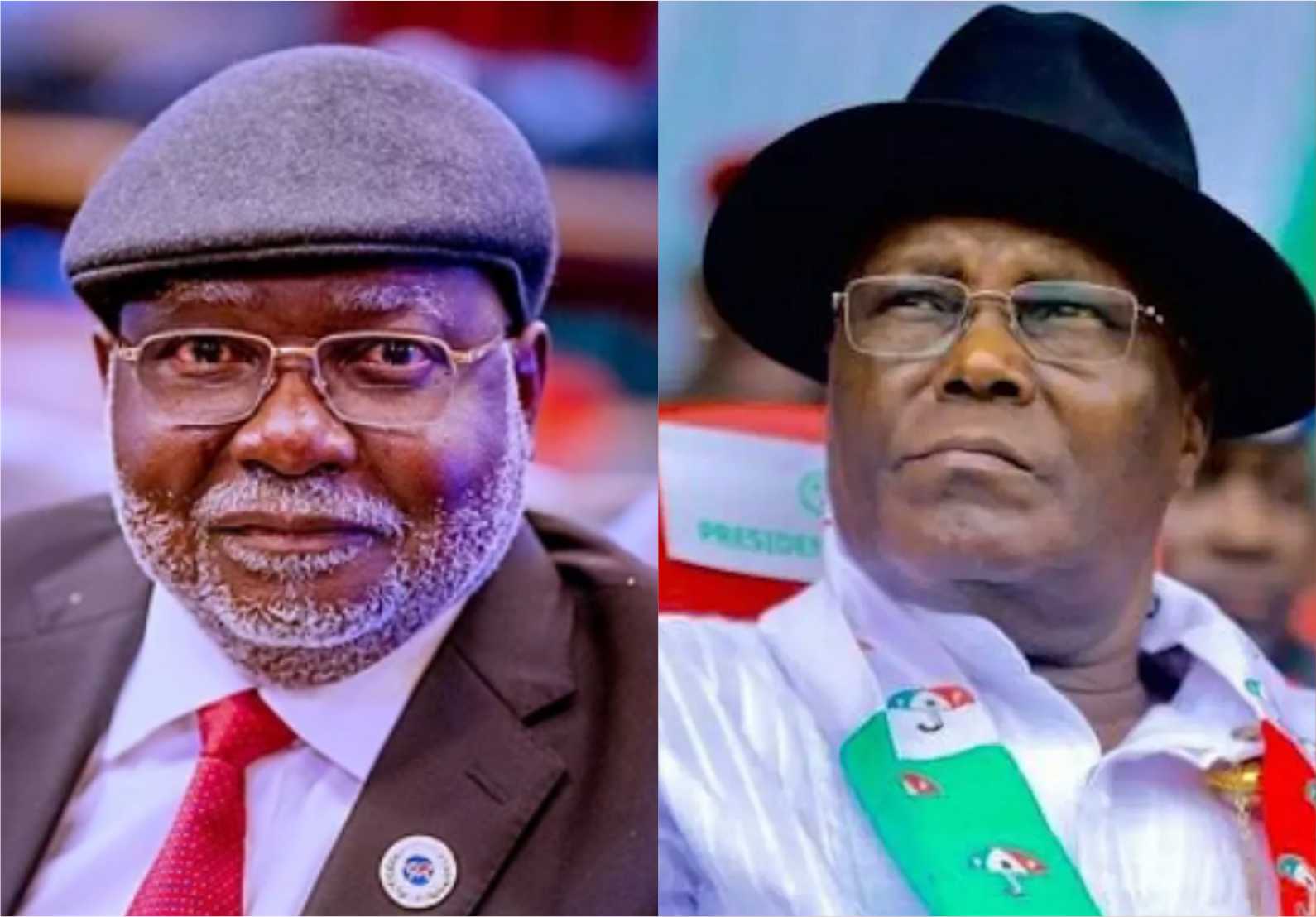 The presidential candidate under the Peoples Democratic Party, Atiku Abubakar, stated that he is committed to working with the newly sworn-in acting CJN Justice Ariowoola to advance the frontiers of judicial independence and the promotion of separation of powers.

Atiku disclosed this in a statement through his media office in Abuja on Tuesday morning.

Buhari swore in Ariowoola after the resignation of Justice Tanko Muhammad.

Atiku stated that he wishes Justice Tanko well and commended his services stating “I wish him well even as I commend him for his action and service to the nation.

“I wish the newly sworn-in acting CJN Justice Ariowoola success as he steps in to fill the gap.

“I assure him of my commitment to advancing the frontiers of judicial independence and the promotion of separation of powers as the bedrock of deepening democracy and development,”

Justice Ibrahim Tanko Mohammed, the ex-CJN who resigned on Monday has been conferred the title of the Grand Commander of the Order of Niger, GCON.

President Buhari said Justice Tanko dealt firmly with the issue of reckless and indiscriminate grant of ex-parte Orders that was assuming serious dimensions.

“This occasion is an opportuned time for me, to, as always, assure the Nigerian Judiciary that this administration is committed to ensuring the independence of the Judiciary and will not do anything nor take any steps to undermine your independence. We shall uphold the Constitutional provisions on the Rule of Law and the principles of Separation of Powers.“

Born to the family of Ariwoola of Iseyin in the sixties, Justice Ariwoola was born on the 22nd August. His educational career commenced in his home town Iseyin at the Local Authority Demonstration School, Oluwole in Iseyin Local government of Oyo State between 1959 and 1967.

Between 1968 and 1969 he was in the Muslim Modern School in Iseyin before subsequently proceeding to Ansar-Ud-Deen High School, Saki in Oyo North of Oyo State.

He studied law at Obafemi Awolowo University, Ile Ife where he obtained his bachelor of laws degree with honors in July, 1980.

In July 1981, He was called to the Nigeria bar and later got enrolled at the Supreme Court of Nigeria as a Solicitor and Advocate soon thereafter.

He worked at the Ministry of Justice in Ondo state in as the State Counsel on National Youth Service (NYSC) and later as Legal Officer in the Ministry of Justice in Oyo State until 1988 when he voluntarily left the official bar of the State Civil Service for private practice.
He was a Counsel in-Chambers of Chief Ladosu Ladapo, SAN between October, 1988 and July 1989 when he established Olukayode Ariwoola & Co – a firm of legal Practitioners and Consultants in Oyo town in August, 1989 from where he was appointed as a Judge of Oyo State Judiciary in November, 1992.

On November 22, 2011, he was sworn in as a Justice of the Supreme Court of Nigeria (JSC) between May 1993 and September,1996, He was Chairman, Armed Robbery Tribunal, Oyo State and was later posted out of the headquarters, Ibadan to Saki High Court.