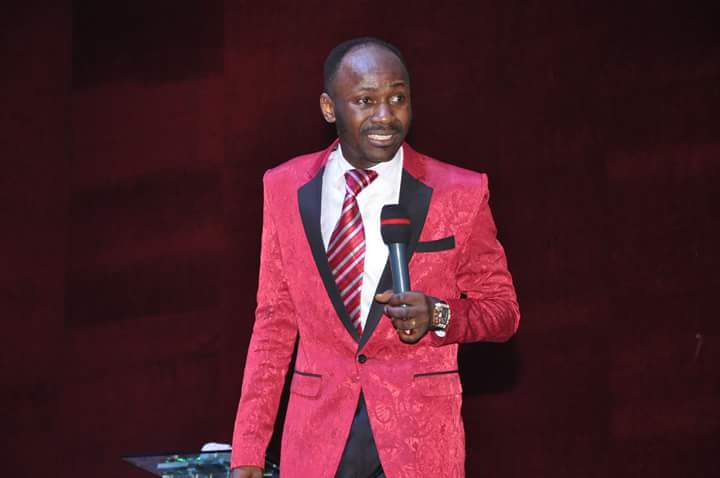 Words are powerful; whether in written or spoken form, they have meaning, intent, and in today’s world can have a broader reach than ever before. However the whole concept of speaking truth to power may be misunderstood in today’s politically, and often emotionally, charged world. All the same, there are few in the society who would dare the consequence and speak truth to power. One of them is Apostle Johnson Suleman, the senior pastor at the Omega Fire Ministries (OFM) worldwide.

Of course, Suleman’s speaking culture is not to take power, but it is to serve the community in the best way possible via the pulpit and be a shining light for those wandering in the darkness of political leadership.

“Truth has been devalued,” the firebrand Nigerian born preacher noted in one of his online sermons few weeks ago, citing the fact that the real issue facing people in the Africa continent, particularly a country like Nigeria, is the danger of being abandoned by those they labour to place in positions of authority; hence, he said “it is vital that religious leaders ensure the people’s voices are heard by those trusted with political power.”

God has called specific individuals like Apostle Suleman to carry the mantle of speaking God’s truth. They have a heavy responsibility. They are always keeping people on their toes. Relentlessly, the servant of God has spoken against tyrannical leadership. He says his regular outbursts are not about pushing personal agendas, but he is divinely obliged to confront bad leaders whether political, commercial or, even, religious.

While the styles of pastors vary, all shepherds are accountable to God for how they lead their church flock. “Quality leading begets quality living. When the people are depraved, the leader has derailed,” Suleman articulated in a Twitter homily two days ago ostensibly directed at the policies of the government of the day, believed to have compounded the problems of the poor.

“Leadership is ability to influence others positively and make them follow you willingly. If you are leading without anyone following, you are merely taking a walk,” the servant of God stated, while holding out the hope that “in times like this, the poor should remember that there had been times like this too, and no matter what they go through, they should always remember someone has gone through it and came out victorious.” An allusion to the fact that tough times don’t last…

Naturally, it is patriotic to support a leader insofar as he efficiently serves the country and makes the people smile. Specifically, his gesture language says, it is unpatriotic and sin against God not to tell the truth, whether about the president or anyone else.