Few stars in the history of American cinema have been as dissected as thoroughly as Marilyn Monroe: Her beauty mark, her blonde hair, and that slash of red lipstick are iconic in their own right.

But in addition to the physical concept of Marilyn Monroe, she was an exceptional actress. Even before formally training at the Actors’ Studio in New York, Monroe was a woman who defied the expectations of her appearance, often subverting it for comedic ends.

She codified the “dumb blonde” as a trope while also constantly pulling the rug out from underneath it. Though Monroe was often frustrated with the sexpot roles she was forced to take on, and was hungry to be taken seriously, she did make a riveting slate of films in a short span.

In light of Blonde, which hits Netflix today (and reduces Monroe to a large extent), we’ve rounded up eight of her best films. Watch these for a more genuine look at what has made Monroe one of the world’s most enduring Hollywood legends. 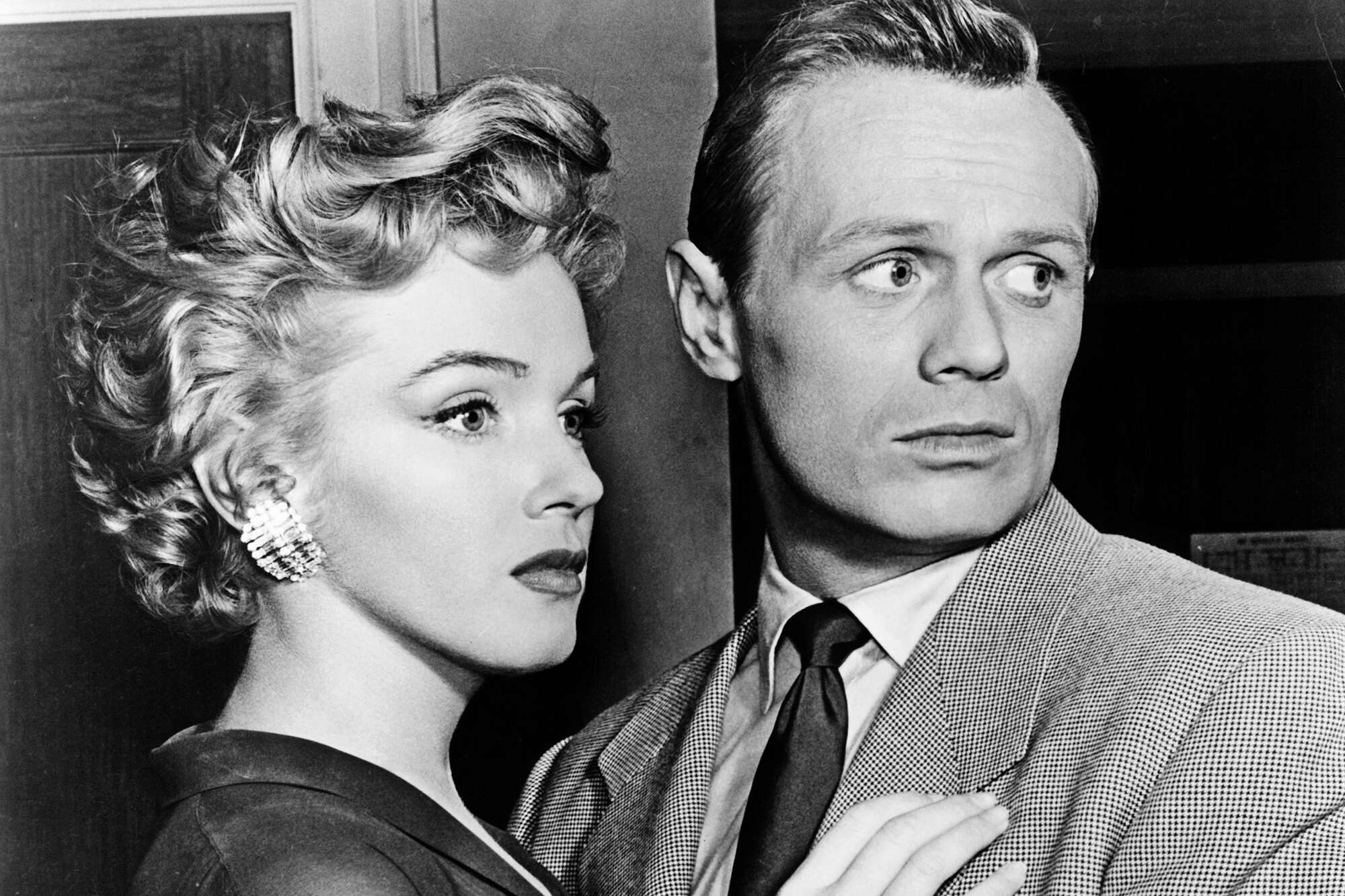 Though this marked Monroe’s 19th film, she had spent the vast majority of her earlier career laboring in thankless bit parts or brief appearances in comedies (she has a memorable turn in All About Eve). In Blonde, we see an imagining of Monroe’s audition for this film. Don’t Bother to Knock was the first film to truly grant her a juicy dramatic leading role, one that allowed Monroe to tap into her own childhood traumas and abuse. Here, she stars as Nell Forbes, a disturbed young woman whose mental illness is exposed when she babysits for a couple staying in a New York hotel. She’s caught off guard by the attentions of an airline pilot (Richard Widmark). This noirish drama signaled a turning point in Monroe’s career. 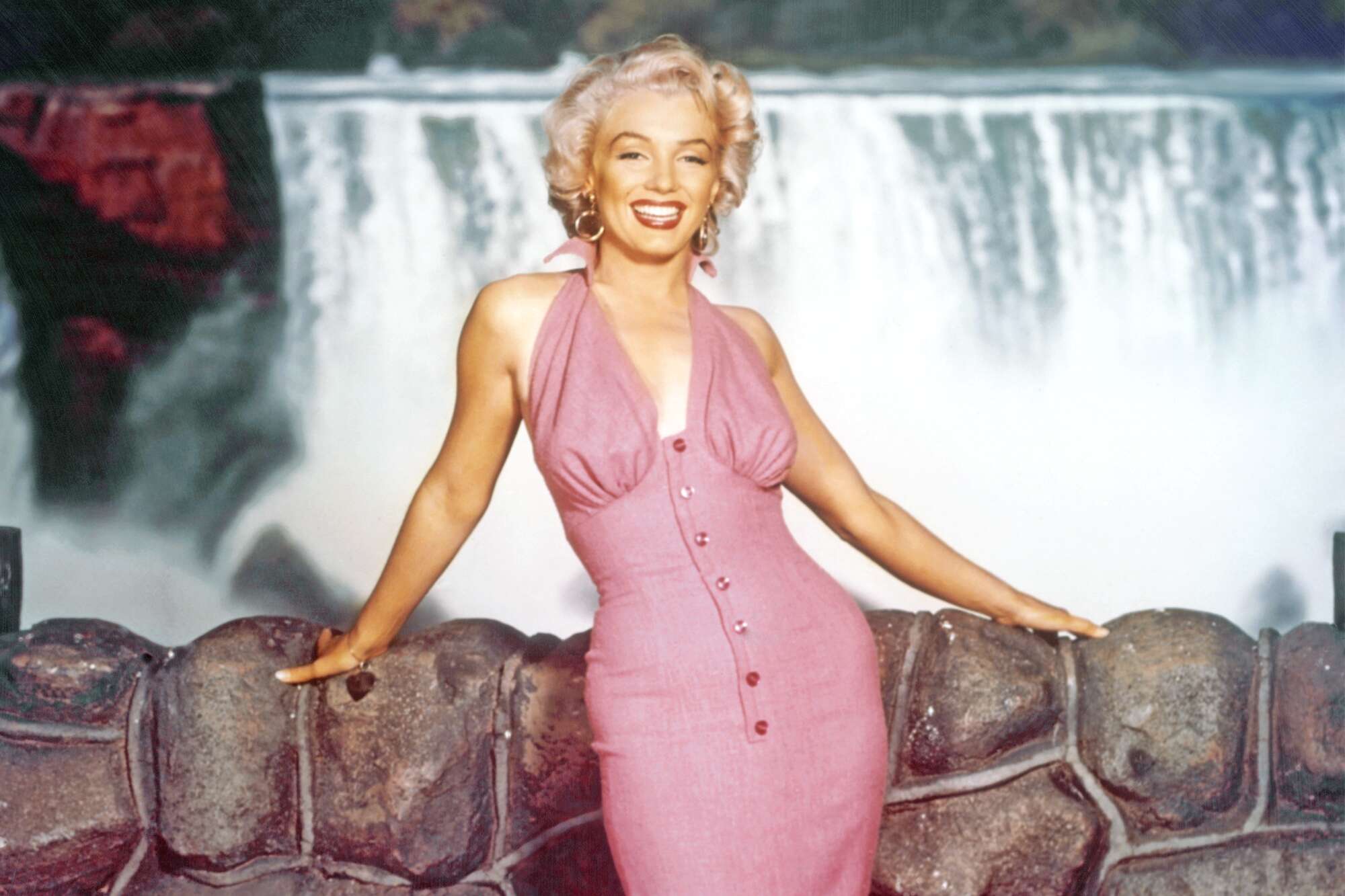 For an actress traditionally known as a blonde chanteuse, Monroe actually made a surprising amount of noir films, including this thriller. Given top billing for the first time, Marilyn officially achieved star status with Niagara. She stars as femme fatale Rose Loomis, a woman plotting with her lover to kill her older husband, George (Joseph Cotten). Niagara rocketed Monroe to superstardom, codifying her sexpot image as enshrined in reviews that compared her figure in her tight dresses to the beauties of Niagara Falls. But it also proved Monroe’s deft ability to use her appearance as part of her craft, delivering a multifaceted and complex rendering of the scheming Rose. 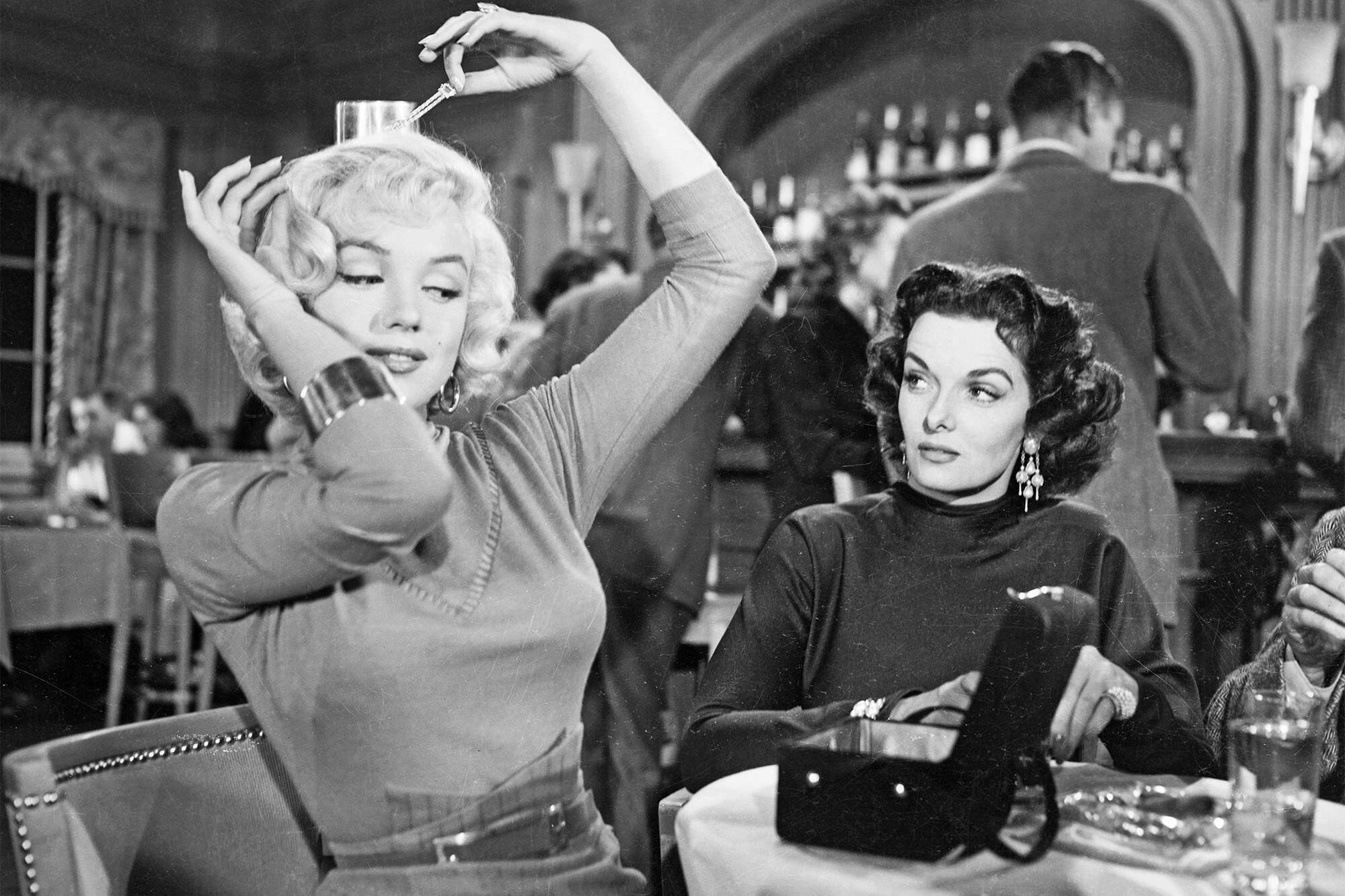 Perhaps the quintessential image of Marilyn Monroe arrives in this film, clad in a flamingo pink gown and dripping with jewels as she sings “Diamonds Are a Girl’s Best Friend.” However, both her Lorelei Lee and Jane Russell’s Dorothy Shaw are deceptively sly, belying the bimbo image the title might evoke. They’re deliciously smart, manipulating the wealthy older men around them to garner security (even if they do eventually choose love). The script was tailored to Monroe and Russell’s strengths as comedians and entertainers, with Monroe reportedly even suggesting the line, “I can be smart when it’s important, but most men don’t like it.” Gentlemen Prefer Blondes established Monroe as a full-blown movie star, but it also gave her a platform to winkingly send up the image on which she’d risen to fame. 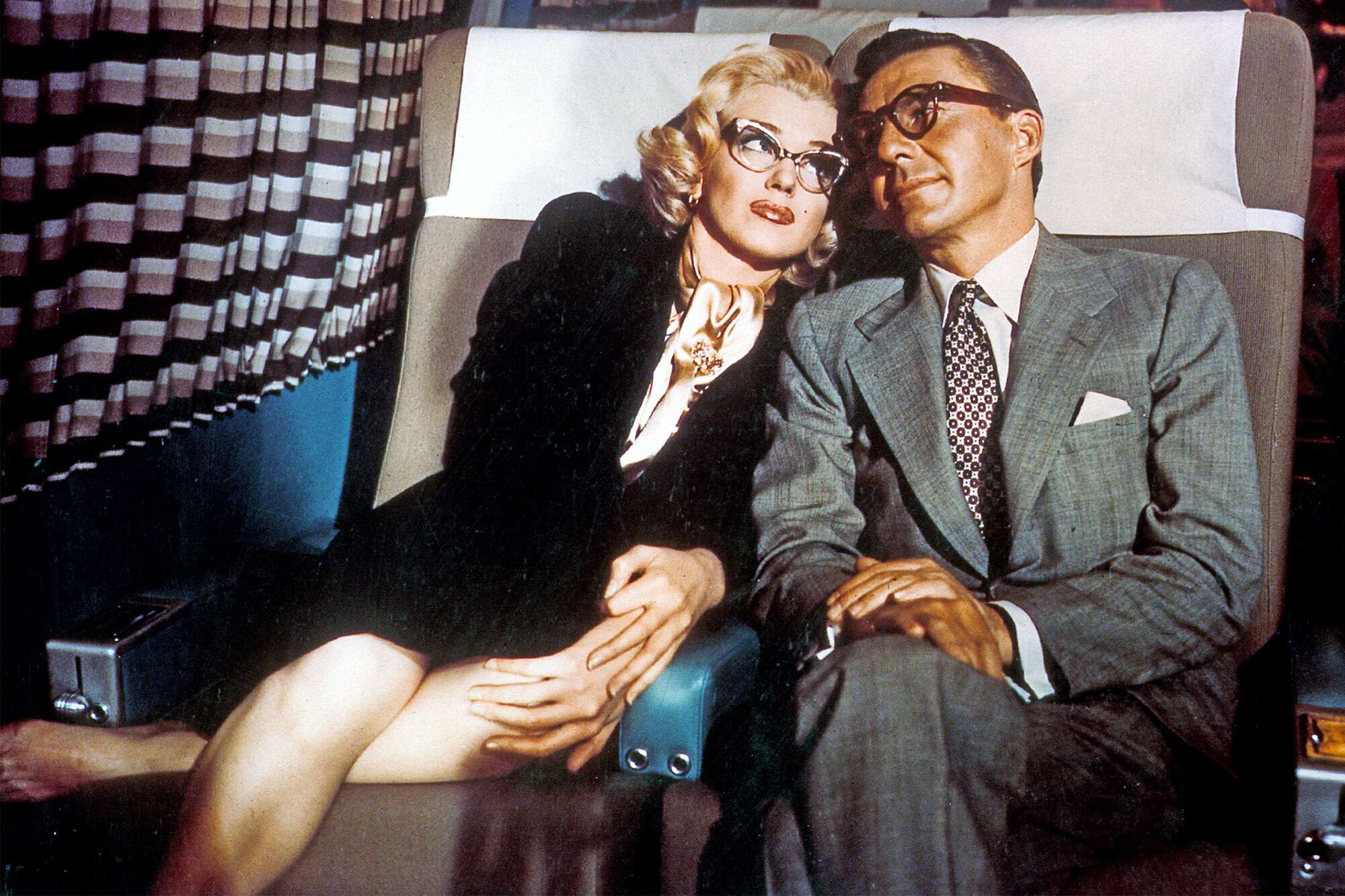 How to Marry a Millionaire

It’s a hat trick for Marilyn in 1953. This third title features Monroe in glorious Technicolor and Cinemascope alongside two other famous Hollywood blondes — the sultry Lauren Bacall and leggy Betty Grable. They star as three models intent on finding wealthy husbands. Monroe is Pola Debevoise, a bit of a ditz who regularly makes errors because of her refusal to wear her glasses because she thinks they make her less appealing. Once again Monroe sent up her image, bantering with Bacall and Grable to craft another wry, deceptively smart story of women who ultimately give in to romance over their gold-digging intentions. 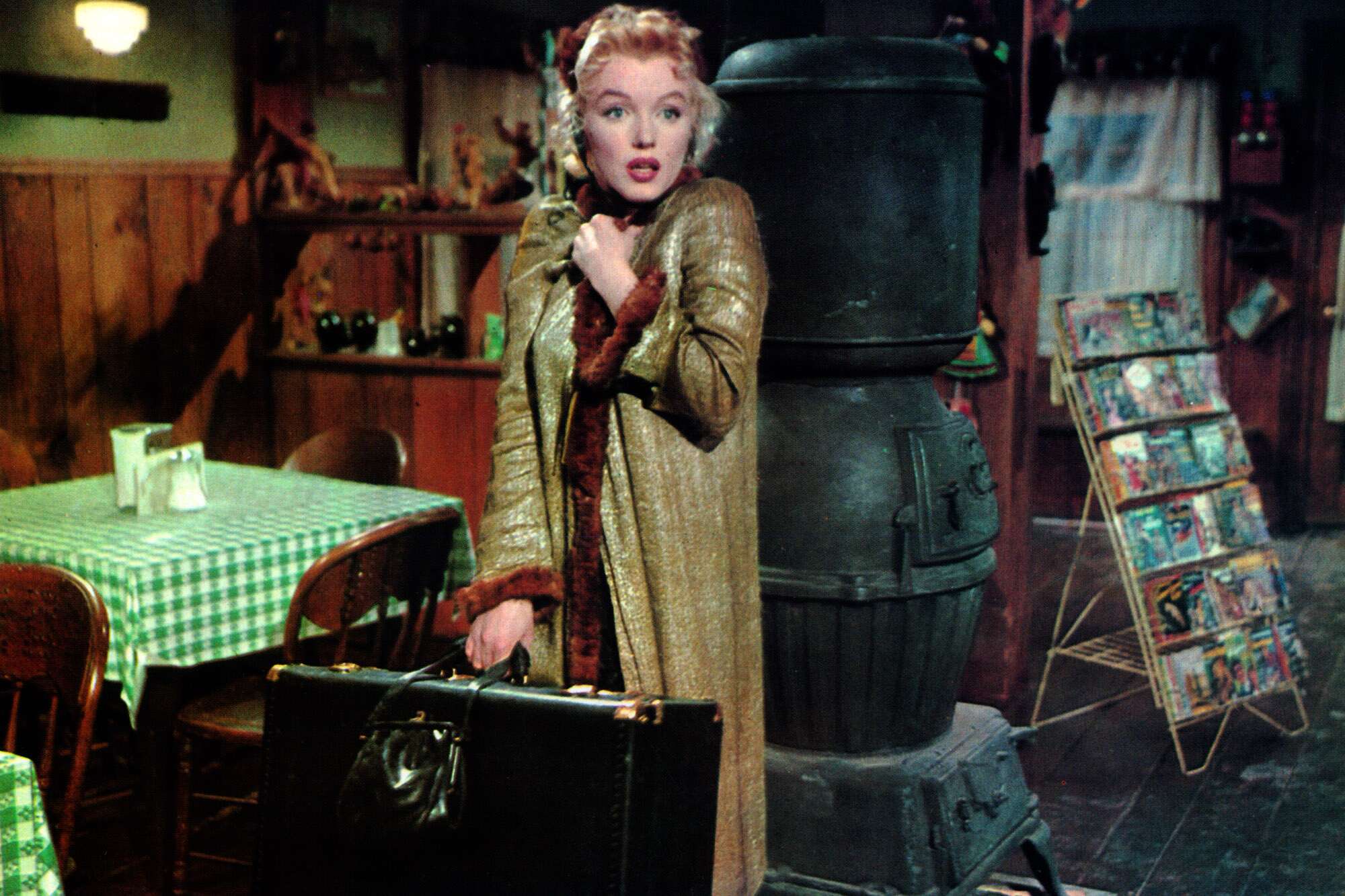 Bus Stop, based on the play of the same name by William Inge, marked a departure for Monroe as her first film following her year in New York studying at the Actor’s Studio. In a significant dramatic turn, Monroe plays Cherie, a performer at a local bus-stop cafe with Hollywood aspirations. When cowboy Beau (Don Murray) crosses her path and attempts to force her into a marriage, a complicated romance ensues. Produced under her banner of Marilyn Monroe Productions, Monroe took a direct hand in making Cherie as authentic as possible, distressing her costumes, darkening her hair, and mastering an Ozark accent. She earned rave reviews for the work, finally garnering some of the respect that she craved as an actress. 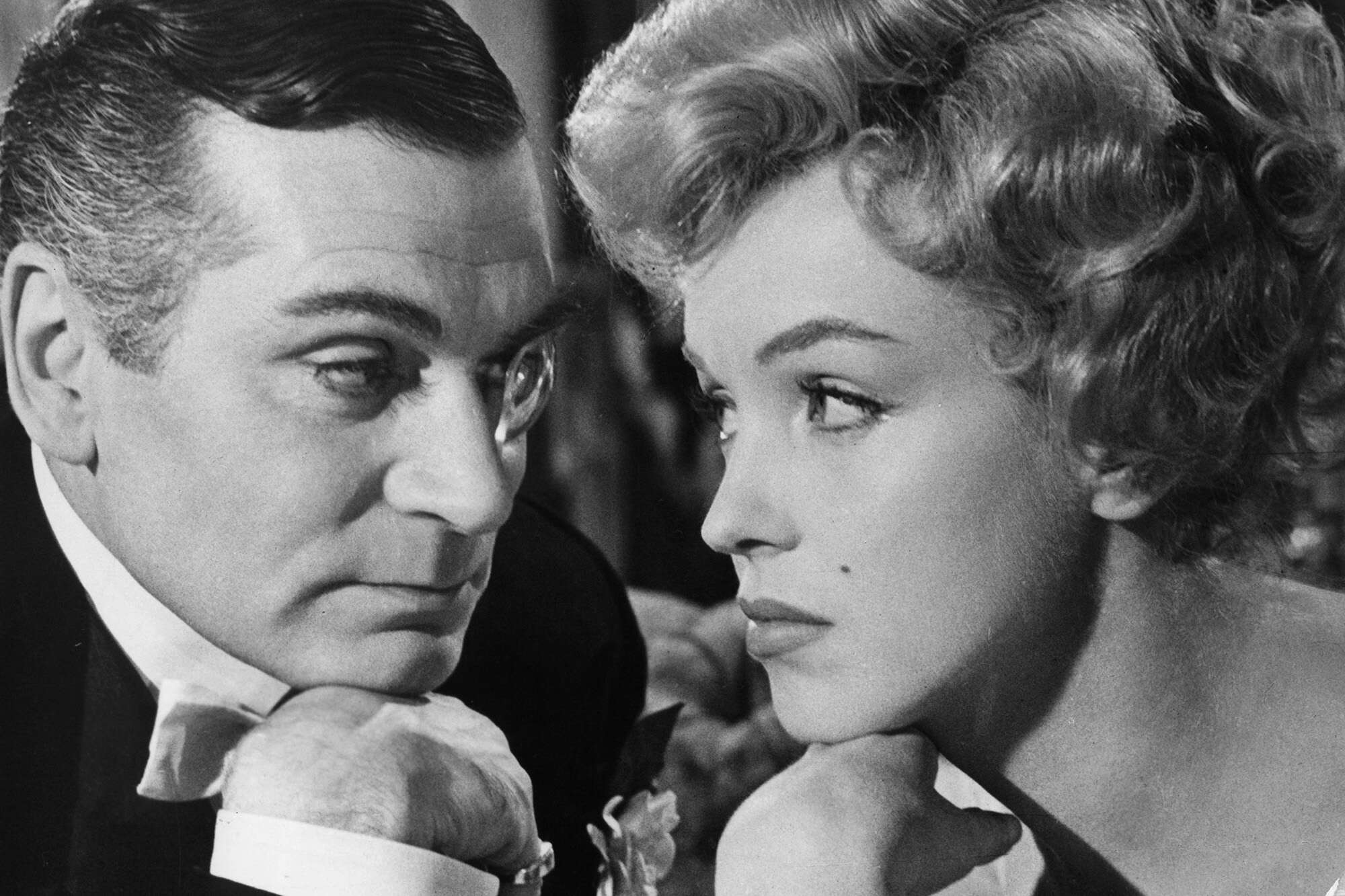 The second (and final) film made by Marilyn Monroe Productions, The Prince and the Showgirl shows Monroe at her most effervescently charming. As showgirl Elsie Marina, she combines her new acting methods with her already winning sense of humor and flirtation. When Charles, the Prince of Carpathia (Laurence Olivier), invites Elsie to the palace for supper, she realizes he is attempting to seduce her. But after rebuffing his advances, she eventually falls for him. This production was notoriously trying for Monroe, and consequently, for all who worked with her — but the result proves she can hold her own opposite one of the most renowned actors of the 20th century in Olivier. 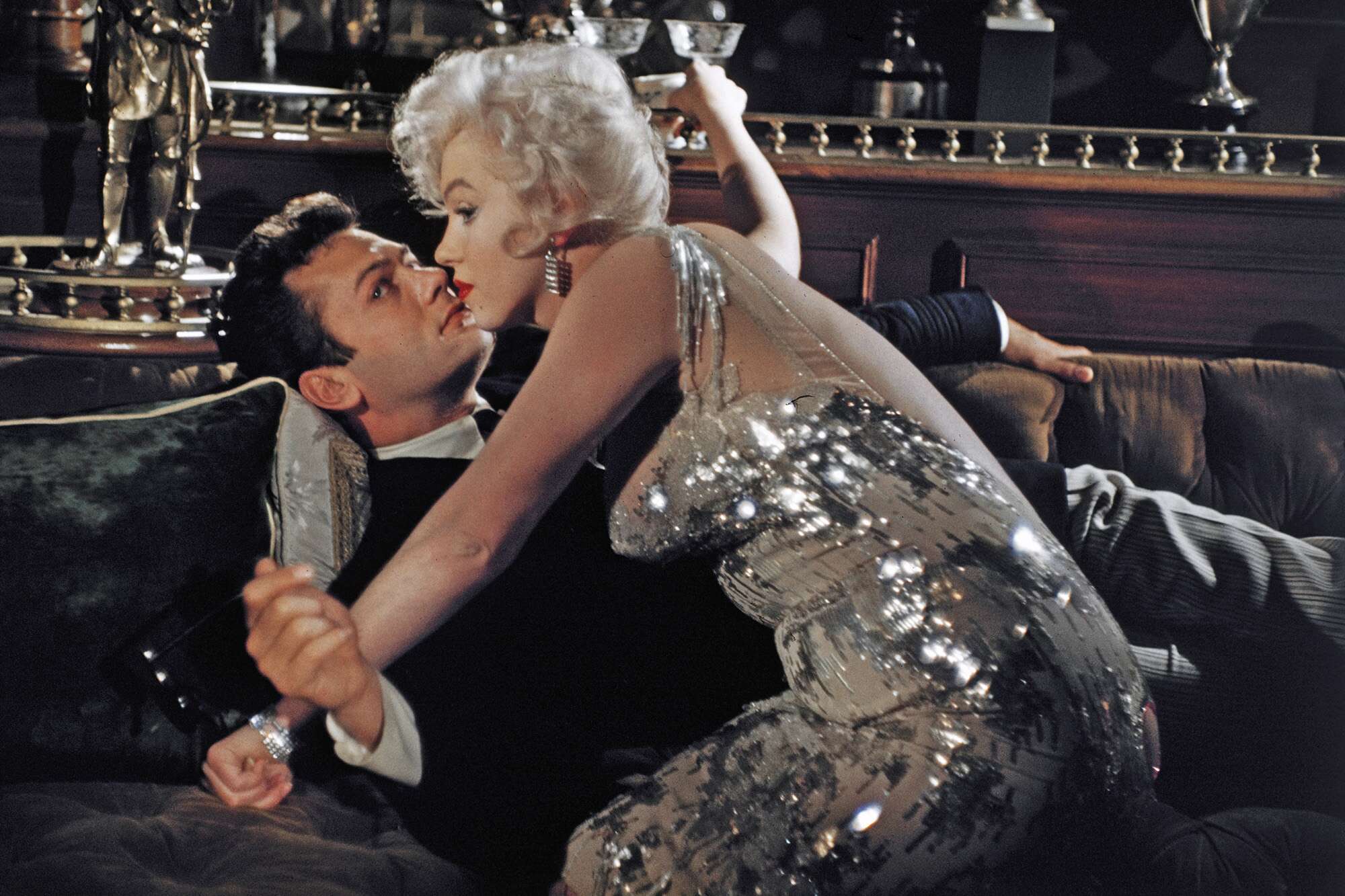 Named the No. 1 comedy of all time by the American Film Institute, Some Like It Hot is perhaps the most enduring of Monroe’s films. She stars as Sugar Kane, a singer in an all-girls band who always gets “the fuzzy end of the lollipop.” When musicians Joe (Tony Curtis) and Jerry (Jack Lemmon) must masquerade as women to hide out from gangsters, Joe becomes determined to woo her, falsely presenting himself to her as a millionaire. Director Billy Wilder struggled while working with Monroe, whose now-rampant pill addiction caused her to be forgetful and constantly late. But her comedic timing doesn’t suffer for it, and her romance with Curtis is one of the silver screen’s most indelible. Sugar may have been trading on Monroe’s body and persona, but as always, she brings a humanity and innocence to the role that elevates it beyond the ditzy sexpot rendering she resented. 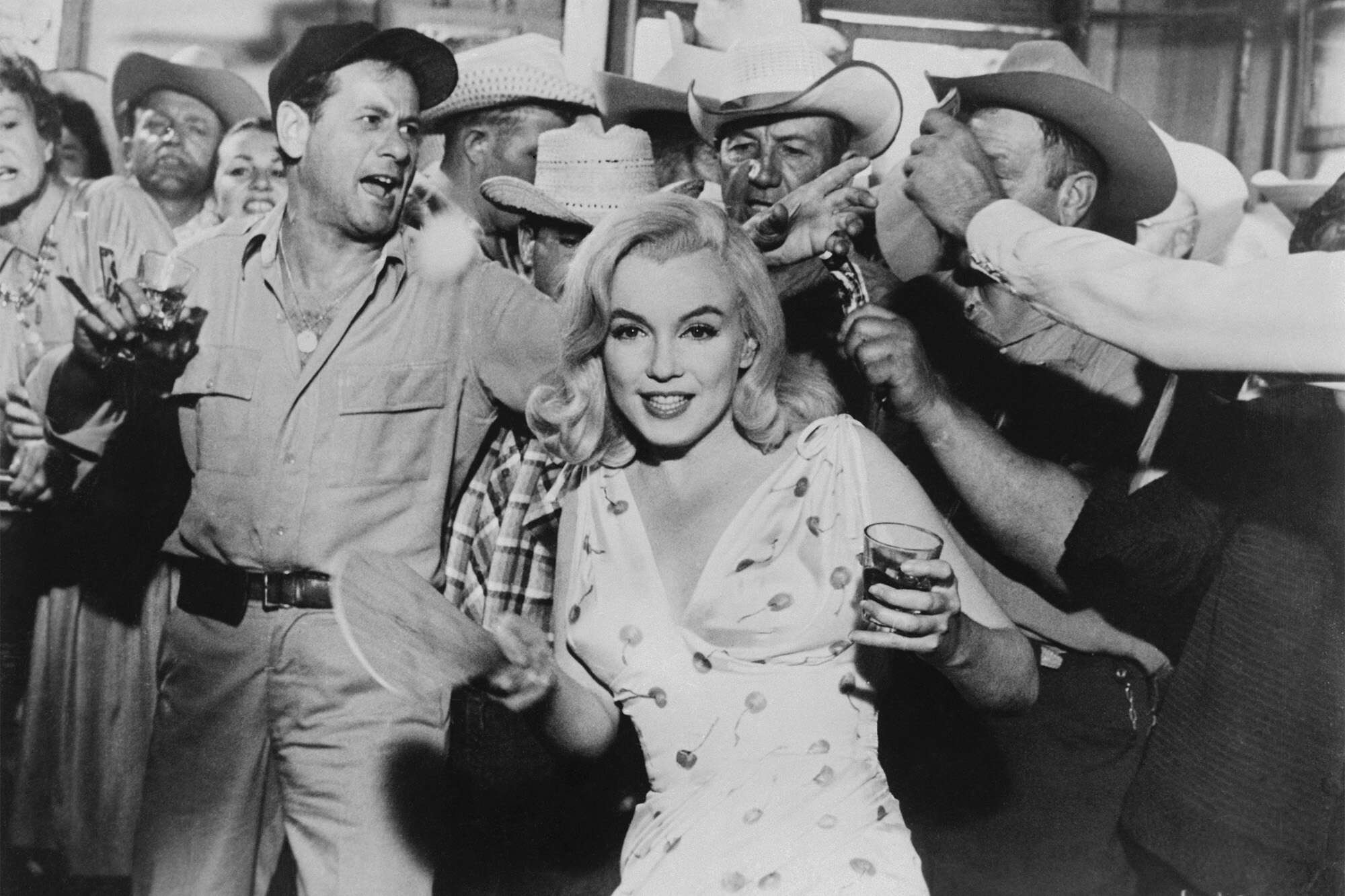 Monroe’s last completed film is this somber drama, written by her husband, playwright Arthur Miller, who was constantly revising the script throughout production. It’s another stripped-down role for her (though she reportedly hated the film). She portrays Roslyn Tabor, a woman in Reno seeking a quick divorce. When she hooks up with Gaylord Langland (Clark Gable) and his pals, Guido (Eli Wallach) and Perce Howland (Montgomery Clift), she finds herself drawn to both Gay and Perce. Though this was perhaps Monroe’s most difficult time on a set (director John Huston shut down production to accommodate her stay in the hospital for relaxation and treatment for depression), it remains a luminous and melancholy finale.

Continue Reading
Advertisement
You may also like...
Related Topics:blonde, Bus Stop, Don't Bother to Knock, Entertainment, Featured, Gentlemen Prefer Blondes, How to Marry a Millionaire, Marilyn Monroe, Netflix, Niagara, Some Like It Hot, The Misfits, The Prince and the Showgirl